These examples are using the default configuration with GitVersion. Which is continuous deployment mode for develop and continuous delivery mode for all other branches.

This default configuration allows you to publish CI builds from develop to a CI MyGet feed, or another CI feed. Then all other branches are manually released then tagged. Read more about this at version increments. 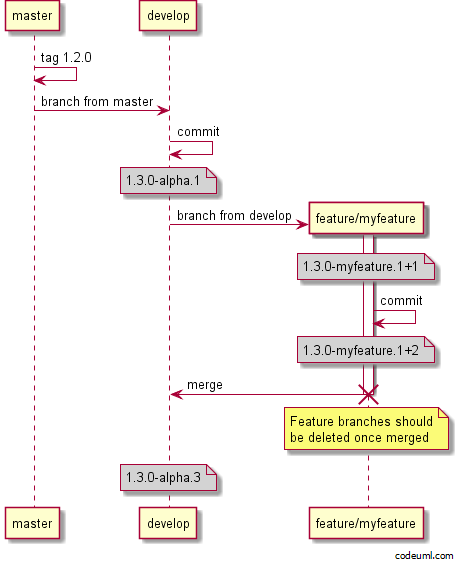 Notice after the feature branch is merged, the version on develop is 1.3.0-alpha.3. This is due to develop running in continuous deployment mode. If you configured develop to use continuous delivery the version would still be 1.3.0-alpha.1 and you would have to use release tags to increment the alpha.1.

Because feature branches are most likely pushed to a fork, we are showing the pull request branch name which is created when you submit a pull request 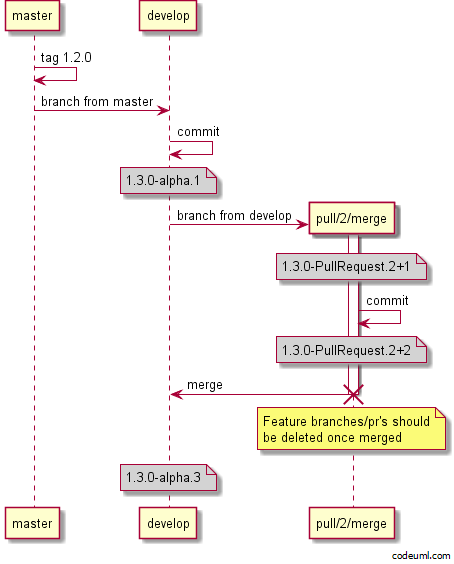 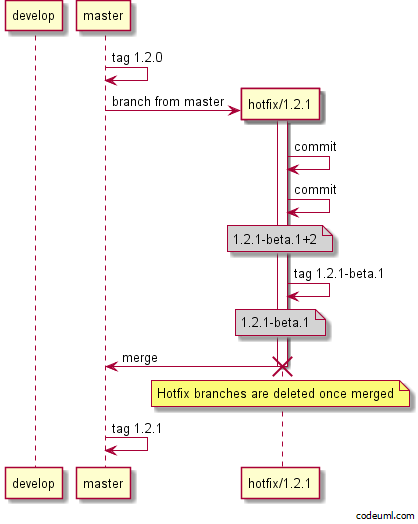 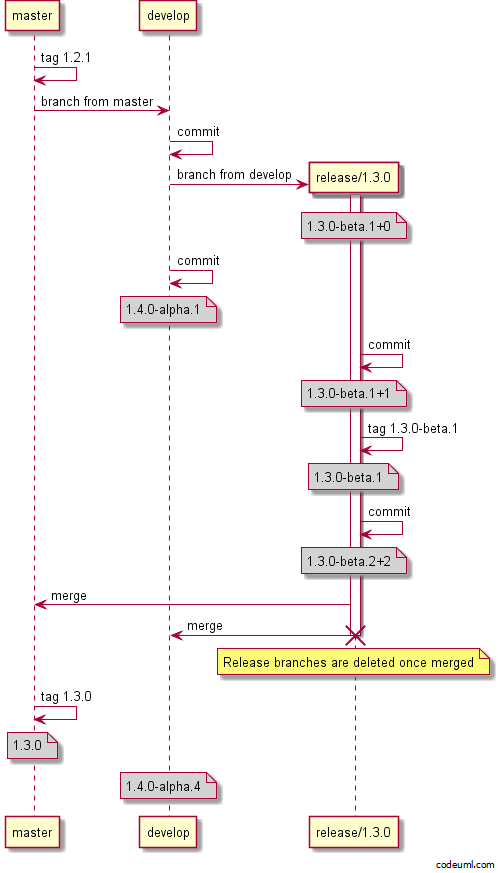 Major releases are just like minor releases, the difference is you bump the major in the release branch name. 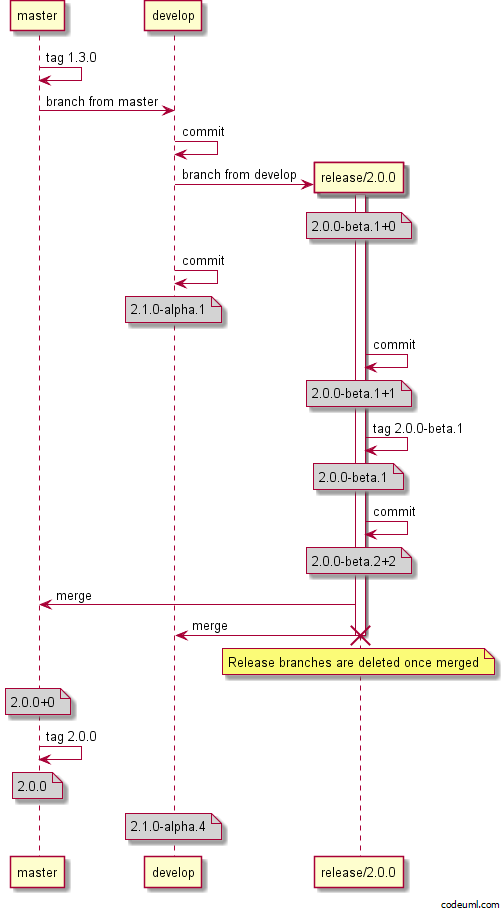 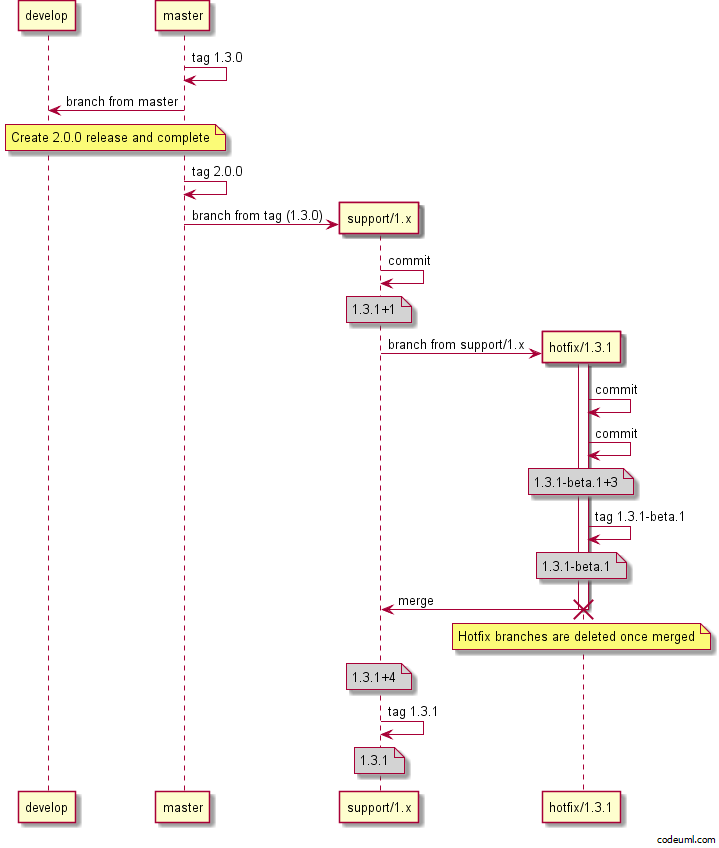 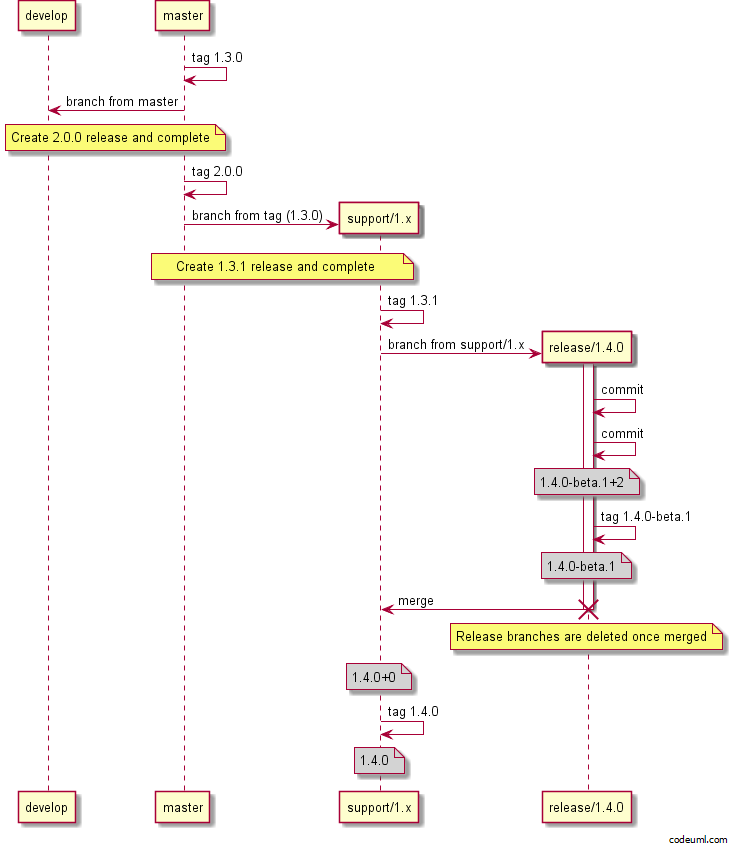