Mainline Development is enabled when using GitHubFlow or any other strategy where you develop on main. The main rule of mainline development is that main is always in a state that it could be deployed to production. This means that pull requests should not be merged until they are ready to go out.

To properly achieve mainline development you need confidence in your test suite as if it goes green against a PR then you are confident that you can merge and release that pull request. Another property of mainline development is normally that you fix going forward, not revert. When an issue is discovered with a release, add a test or some sort of check to make sure it won't happen again, fix the issue, then do a release with the fix.

This mode is great if you do not want to tag each release because you simply deploy every commit to main. The behaviour of this mode is as follows:

If you do not want GitVersion to treat a commit or a pull request as a release and increment the version you can use +semver: none or +semver: skip in a commit message to skip incrementing for that commit.

Here is an example of what mainline development looks like: 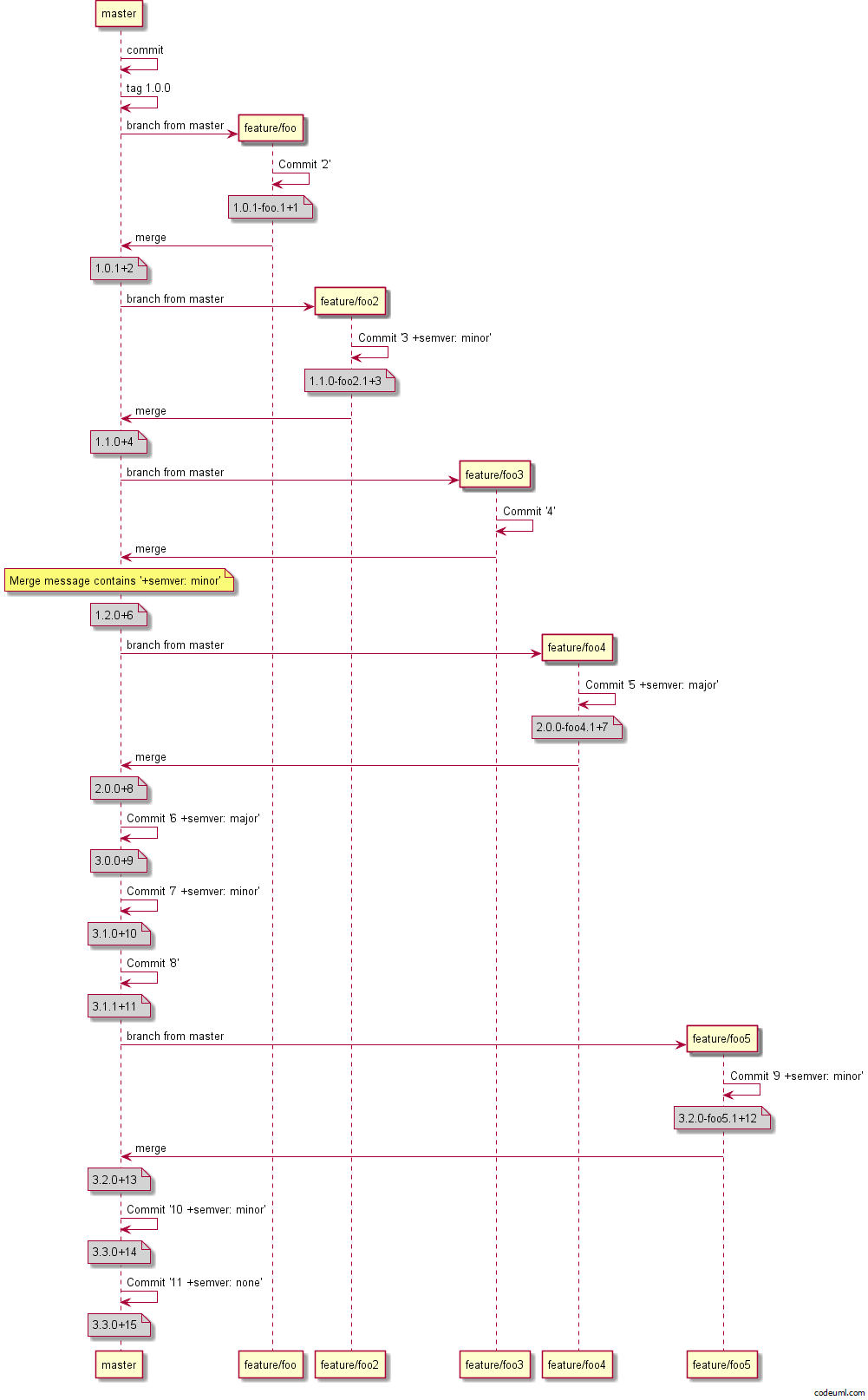 This approach can slow down over time, we recommend to tag intermittently (maybe for minor or major releases) because then GitVersion will start the version calculation from that point. Much like a snapshot in an event sourced system. We will probably add in warnings to tag when things are slowing down.

By default GitVersion is set up to do Continuous Delivery versioning on all branches but develop (which does Continuous Deployment by default). To change the versioning mode to Mainline Development, just change the configuration as such: